To open the congress on Sunday 3 July, at 4.00pm, we will host a panel discussion, Future energy and climate change facilitated by Assoc Prof Alice Motion.  We will hear from academic and industry leaders on the role of chemistry and chemists in catalysing solutions to the global challenge of energy supply and climate change. 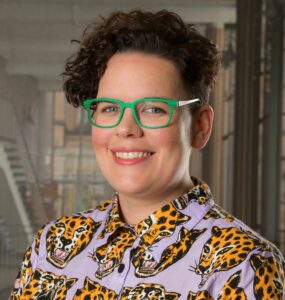 A/Prof Alice Motion is a Westpac Research Fellow at the University of Sydney, Deputy Director of the Sydney Nano Institute (External Engagement and Academic Development) and Co-Chair of the Charles Perkins Centre Citizen Science Node. Alice leads the Science Communication, Outreach, Participation and Education (SCOPE) Research Group in the School of Chemistry. Finding ways to connect people with science and to make research more accessible is the overarching theme of Alice’s interdisciplinary research. Alice is a Ph.D. chemist who is an active researcher in fields spanning open source drug discovery, citizen science and creative methods for science education and communication. Alice is the Director of Breaking Good, a citizen science project involving members of the public in research that could enhance human health and improve access to medicines. Alice also leads the Learning By Doing team who developing citizen science programs to embed within the NSW Science Curriculum. Alice was awarded the Eureka Prize for Promoting Public Understanding of Science in 2020 and is an active and award-winning science communicator across the ABC and community radio and through her monthly column Citizen Chem in the Royal Society of Chemistry’s Chemistry World Magazine. Alice is the co-host of the ABC Podcast Dear Science and the creator and producer of Live From The Lab which connects musicians and artists with scientists to share the joy and wonder of their research in new and creative ways.
Read more 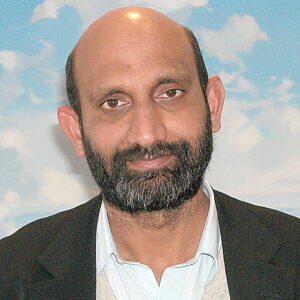 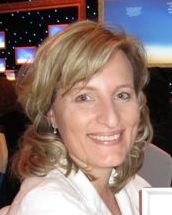 Lisa joined Alpha HPA in December of 2021 in the HSEQ & HR Manager role. In this role Lisa is responsible for developing and implementing the Health Safety, Environment & Quality and Human Resources Systems for the company. In this role, Lisa has relied on her 25+ year career in the Oil and Gas industry at Ampol/Caltex Lytton Refinery. Starting out in the Research and Development Lab as a Research Chemist then moving through to Chief Chemist in the Refineries Laboratory. After taking on a number of roles in the business, something bigger was calling – Operations Manager. After some very successful years in this role Lisa moved to looking after HSEQ for the Operations side of the business taking in Aviation, Terminals, and Logistics along with the refinery and lubricants manufacturing. This pathway ignited a passion for implementing workable systems and processes for people to use in their day-to-day work to keep themselves safe in these high-risk environments.
Read more 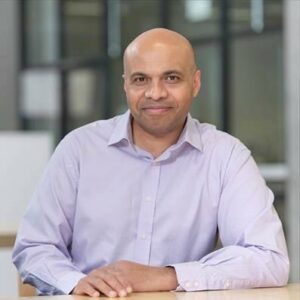 Francois Aguey-Zinsou is heading the MERLin research lab within the School of Chemistry at the University of Sydney. Francois is an expert in hydrogen technologies. His group has been working for many years on the properties of light metals and their hydrides for hydrogen storage application and commercialization. He is also developing novel technologies for enabling novel fuel cell and electrolysers architectures and advanced catalysts for hydrogen combustion. Francois Aguey-Zinsou is Vice-President of the Australian French Association for Research and Innovation, Co-director of the Australian-French Research Network FACES and the ARC training Centre for Hydrogen GlobH2E. He has also co-founder of H2potential and is Chief Investigator of HySupply.
Read more 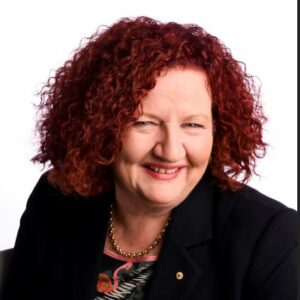 Professor Margaret Sheil AO was appointed Vice-Chancellor and President of QUT in February 2018, having previously been Provost at The University of Melbourne (2012-2017) and Chief Executive Officer of the Australian Research Council (2007-2012). Professor Sheil has been an academic in chemistry and held a number of senior roles at the University of Wollongong, including as Dean of Science and Deputy Vice-Chancellor (Research). She is a Fellow of the Australian Academy of Science (AAS), the Australian Academy of Technology and Engineering (ATSE), the Royal Australian Chemical Institute (RACI), and the Australian and New Zealand Society for Mass Spectrometry (ANZSMS). Professor Sheil is Chair of the Board of the Queensland Museum Network, Deputy Chair of the Board of Universities Australia, the lead Vice-Chancellor for Research and Innovation for Universities Australia, and a member of the Australian Space Agency Advisory Group. She was a Director of the Australian Nuclear Science and Technology Organisation (ANSTO) from 2015-2019, and the Advisory Board for Coursera from 2013-2016. She was a member of the Prime Minister’s Science, Innovation and Engineering Council, the National Research Infrastructure Council and the Cooperative Research Centres Committee from 2007-2012. In 2017 Professor Sheil was made an Officer of the Order of Australia (AO) for her distinguished service to science and higher education as an academic and administrator, through significant contributions to the national research landscape, and to performance standards. Professor Sheil holds a Bachelor of Science and a PhD in Physical Chemistry from The University of New South Wales and was presented with the Science and Technology Alumni Award from UNSW in 2016.
Read more

As part of the congress close on Friday 8 July, at 3.20pm, we are excited to host a panel discussion, Building a resilient planet.  Facilitated by Dr Ruben Meerman, known to many as ABC’s Surfing Scientist, an  expert panel will provide insight into what is needed to build a resilient planet and how chemistry is catalysing solutions to this global challenge.  Don’t miss hearing from: 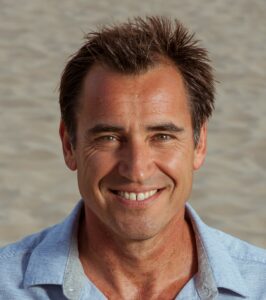 Ruben Meerman is a surfer with a physics degree known to a generation of Aussie kids and parents as the ABC's Surfing Scientist. He has presented science experiments and stories on ABC television programs since 2004 and appeared on Catalyst, Sleek Geeks, Studio 3 and Roller Coaster. In 2012, Ruben became the first ever resident scientist on Play School. Ruben has written four children's science books, visited more than 1500 Australian primary and high schools since 1995, taught science education at Griffith University and he continues to produce and publish science experiments and content for ABC Science Online. He has MC'd the Prime Minister's Prizes for Science, the Western Australian Science Prizes, the NSW Green Globe Awards and is a regular after dinner speaker at corporate events and conferences. In 2013, Ruben's career took an unexpected turn to the science of weight loss when, while losing 16 kilograms and wondering where the missing mass was going, he stumbled onto widespread and alarming misconceptions about weight loss among doctors, dietitians, personal trainers, pharmacists, teachers and the general public alike. His novel approach to this well established biochemistry was published in the BMJ (British Medical Journal) on 16 December 2014. By tracing the metabolic fate of all the atoms in an average molecule of human fat, Ruben revealed that 84% of the mass in fat is exhaled during weight loss. As a result of this groundbreaking work, Ruben is now a PhD candidate in the School of Biotechnology and Biomolecular Sciences at UNSW under the supervision of his BMJ co-author and biochemist Professor Andrew Brown. One of the duo's main objectives is to change the way metabolism is taught and presented in medical and biochemistry textbooks and to correct the widespread misconceptions among health practitioners and the general public. Ruben presents guest lectures on fat metabolism for UNSW's second year Advanced Biochemistry and third year Human Biochemistry students. Ruben's family immigrated to Australia in 1980 when he was nine years old. After completing his schooling in Bundaberg, he studied physics at the Queensland University of Technology in Brisbane. His scientific career began in the optical coatings laboratory at Laserdyne Pty Ltd, a small Gold Coast engineering company that designs and manufactures laser range finders and electro-optical systems to the Australian Defense Force. After two years in the lab, Ruben toured regional Australia with the Shell Questacon Science Circus while completing a Graduate Diploma in Science Communication at the Australian National University. His media career took off two years later when, while teaching science education at Griffith University, Ruben conceived and produced a hands-on forensic science competition called ``Who Stole the Minister's Malibu?`` and later ``The Planet Science Whodunnit?`` for schools that attracted more than half a million participants across Australia and the United Kingdom. Ruben's passion for numeracy, scientific literacy and public education has developed over 20 years during which he has visited more than 1500 Australian public and private schools.
Read more 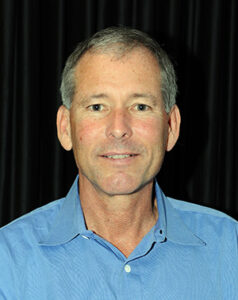 Dr Bertsch is the Science Director of CSIRO Land and Water. He has championed inter- and transdisciplinary research approaches that integrate land, water, ecosystems, cities, social and economic sciences, environmental contamination and toxicology, earth observation, and climate adaptation to address the grand challenges facing Australia and the global community. He has been a passionate advocate and leader in Synthetic and Advanced Engineering Biology in CSIRO and Australia more broadly. He served as Interim Queensland Chief Scientist where his primary agenda was working across government to establish strategies and infrastructure to grow an advanced biomanufacturing industry in Queensland. Prior to joining CSIRO in 2013, Paul was the Director of the Tracy Farmer Institute for Sustainability and the Environment and Professor of Environmental Chemistry and Toxicology, University of Kentucky, Lexington. Prior to this he was Director of the Savannah River Ecology Laboratory where he is the Georgia Power Professor of Environmental Chemistry Emeritus at the University of Georgia, Athens. He currently is an Honorary Professor of Environmental and Soil Chemistry at the University of Queensland. Paul has more than 30 years of experience in environmental and sustainability science research and development and is an elected fellow of the American Association for the Advancement of Science (AAAS), the American Society of Agronomy (ASA), the Soil Science Society of America (SSSA), and the International Union of Pure and Applied Chemistry (IUPAC). He is also a lifetime National Associate of the United States’ National Academy of Sciences (NAS).
Read more 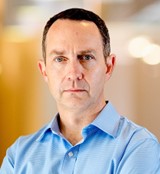 Professor Munro has over 25 years’ research and development experience, including with multinational biopharmaceutical company Amgen. During this time which included the role of Executive Director leading a global team, Professor Munro played key roles in the translation of molecules from research, through clinical trials, regulatory approval, and global licensure. This included a diverse range of programs spanning novel biologics, small molecules, nucleic acid-based, cell-based and gene-based therapies across multiple therapeutic areas. As Senior Vice President of Therapeutics at Microba Life Sciences, Professor Munro leads the Company’s therapeutic strategy to progress its drug development programs and pharma partnering engagements. Prior to joining Microba, Professor Munro held several leadership roles in Australia including Director of the National Biologics Facility (NBF), Program Director of the CEPI funded Rapid Response Vaccine pipeline, Director of the ARC Centre for Biopharmaceutical Innovation (CBI) and Senior Group Leader at the Australian Institute for Bioengineering and Nanotechnology (AIBN) at the University of Queensland. Professor Munro completed postdoctoral studies in cell biology and developmental genetics at Harvard Medical School and the University of Cambridge and has a PhD in Protein Biochemistry from the University of Queensland.
Read more 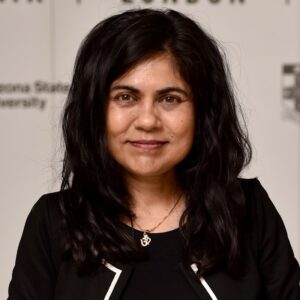 As a leading expert in the field of recycling science, and founding Director of the Centre for Sustainable Materials Research & Technology at UNSW, Professor Veena Sahajwalla is producing a new generation of green materials, products and resources made entirely, or primarily, from waste. Veena also heads the ARC Industrial Transformation Research Hub for 'microrecycling’ – a leading national research centre that works in collaboration with industry to ensure new science is translated into real world environmental and economic benefits. Veena has been extensively recognised for the innovation and significance of her work, including via election to be a Fellow of the esteemed Australian Academy of Science. In 2021, Professor Veena featured in the ABC’s Australian Story and named the 2022 NSW Australian of the Year.
Read more

Register your interest to receive updates

RACI recognises the traditional owners of the lands at South Bank, the Turrbal and Yuggera people. We also acknowledge their Elders, past, present and emerging, for they hold the hopes, dreams, traditions and cultures of Aboriginal Australia.